skip to main | skip to sidebar

As most of you know, I'm an art enthusiast and love to feature some of my favorite artist from time to time... But, I thought I'd do something a little different and also highlight one of my art historical heroes (or rather SHEROS) for instance: Ms. Thelma Golden. 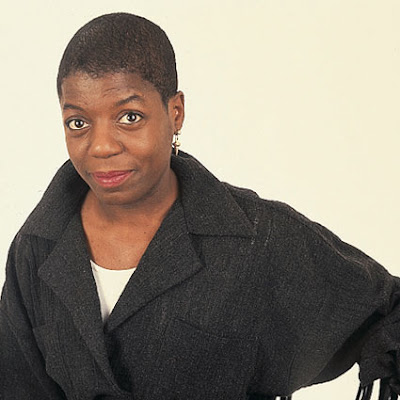 Ms. Golden, a queens native, attended Smith College. Having known what she wanted to do through internships and apprenticeships during high school and college with such prestigious institutions as Metropolitan Museum of Art, she graduated in 1987 and hit the ground running. That same year she did her first show... Since then, Ms. Golden has done curatorial work with nothign but the greats: Alison Saar, Glenn Ligon, Gary Simmons, Romare Bearden, Matthew McCaslin, Suzanne McClelland, Lorna Simpson, Jacob Lawrence and Leone & MacDonald. Currently she works at the Studio Museum in Harlem and in her influence alone has "strengthened the museum's presence in the local community and the global art world." During her almost 10 year tenure in Harlem she's worked on such showings including Isaac Julien: Vagabondia (2000), Martin Puryear: The Cane Project (2000); Glenn Ligon: Stranger (2001); Freestyle (2001); Black Romantic: The Figurative Impulse in Contemporary Art (2002); harlemworld: Metropolis as Metaphor (2004); Chris Ofili: Afro Muses (2005); Frequency (2005-06, with Christine Y. Kim); Africa Comics (2006-07); and Kori Newkirk: 1997-2007 (2007-08). In addition to her work in Harlem, she is also an active guest curator, writer, lecturer, juror, and adviser. In 2008 she was a member of the advisory team of the Whitney Biennial and in 2007 acted as a juror for the Turner Prize. Golden co-curated the traveling exhibition Glenn Ligon: Some Changes in 2005 and in 2004 curated a retrospective of fashion designer Patrick Kelly at the Brooklyn Museum. Celebrated for her insightful interviews with contemporary artists, Golden is a frequent contributor to books, catalogs, and magazines and regularly speaks at institutions around the world as well as teaching at various universities. Golden serves on the Graduate Committee at the Center for Curatorial Studies at Bard College, is on the boards of Creative Time in New York and the Institute of International Visual Arts (inIVA) in London, and is a Henry Crown Fellow at the Aspen Institute. In of words, Ms. Thelma Golden is the ISH!

Now as for inspiration two artist I'm totally OBSESSED with at the current time are: Hank Willis Thomas and Renee Cox!!!! 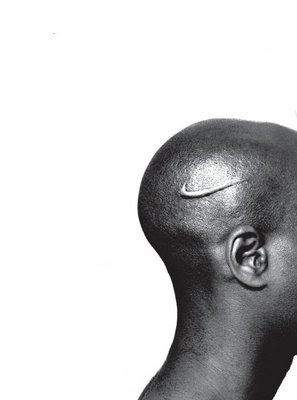 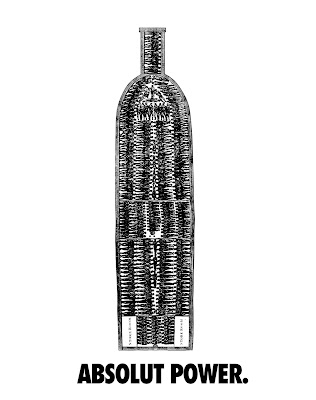 You can't help but go to a Hank Willis Thomas show ans come out thinking words like, evocative, edgy, thought provoking. All of which his works are. He utilizes popular culture icons and marketing ploys combine with race, and gender ideals, consistently with male subjects, to create these very poignant pieces on modern African American youth culture and consumerism. These piece I've chosen to highlight merely graze the surface of his capabilities and I recommend all of you check out his work ether just via Google: Hank Willis Thomas OR Hankwillishthomas.com 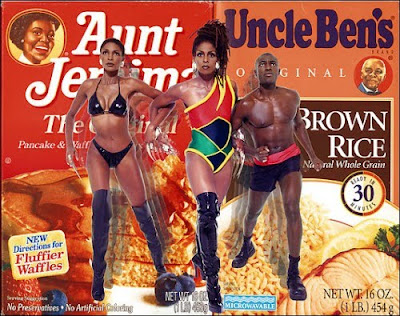 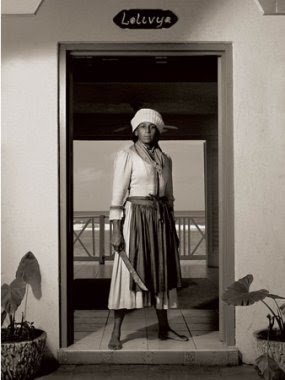 Renee Cox. Need I say more the woman's works are sheer genius. Contrived candids can sometimes (most times) come out feeling very, well, contrived but not with hers. Cox give the viewer a voyeuristic approach to her pieces and make you feel as though you are really looking at a real character or moment. She uses race, class and gender struggle concepts to catapult her emotions through photography and is very unabashed about using her self, naked or clothed, as a subject; which I love because she knows best the emotion she wants of the piece. The pieces are very telling to the voice of black women in America and I personally can not wait until I am the proud owner of one... Which I will be!!!!


OH! and I gotta ask... Any OCTAVIA BUTLER FANS? I know, I know, I'm late getting on but as of now she is my obsession. I've read Wild Seed and Parable of the Sower and am in the process of reading Fledgling (sooo interesting, as of now) Please holler at me and tell me your favorite book and why you love her. If you've never heard of her Google her. She's an amazing science fiction writer and a sista (who lived in both southern California and Seattle (like myself)) Check her out... at your local library! hehehe! Much love! 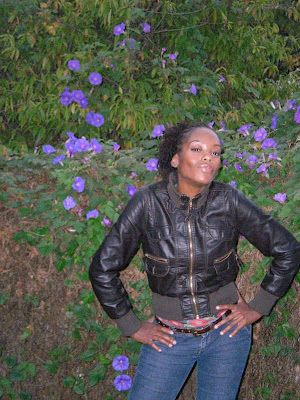